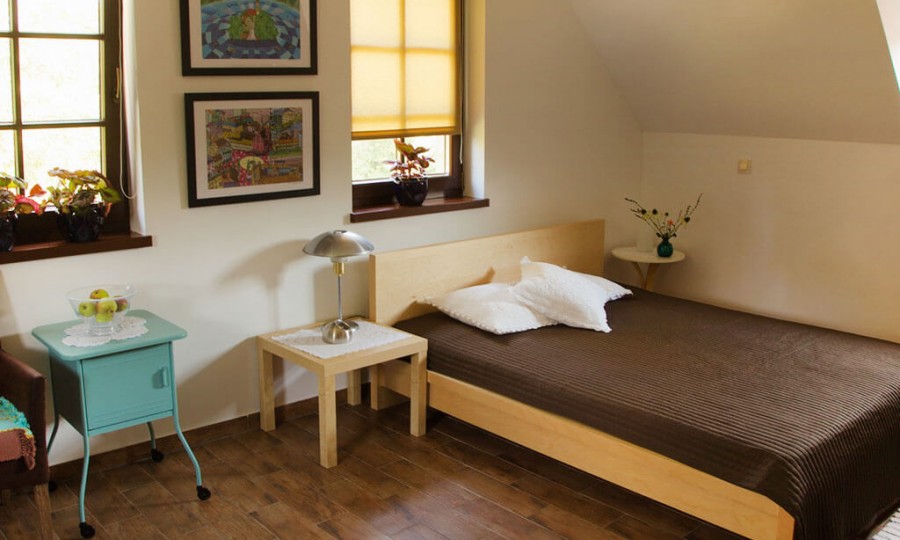 Immediately below the medieval Kostel Castle stands the Manor House, where the present and the past intertwine at every turn. The lower part of the barn, which was reconstructed and built with a wooden house, was built before the 16th century, and was immortalized by Valvasor in the Glory of the Duchy of Carniola. In doing so, the landscape and architectural features of the area were taken into account, since the entire village Kostel is a first category monument.

The Manor House has two comfortable 4 star apartments. The larger one with four beds in two rooms measures 46 m2 and the smaller one with two beds 32 m2. Both are equipped with TV and internet. The Manor House also has a large courtyard with terraces - these are the former castle gardens that lead to the old stone steps.