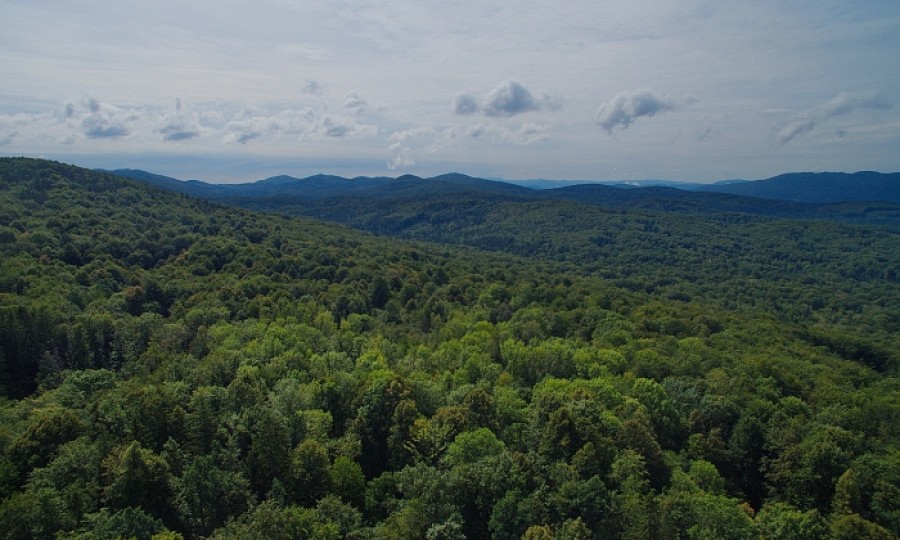 Pugled (German: Hohenberg, Gottschee: Hoachnparg) is an abandoned village on the outskirts of Kočevski Rog, located near Stari Log.

The village of Pugled was originally inhabited by the Gottschee people and it was built on a clearing in the 15th or 16th century. In 1574, Pugled had 2 farms, which were cultivated by 4 farmers, and in later years the estate was divided to 13 farmers and 3 cottagers. In 1937, the village had 72 inhabitants, who were 4 kilometers away from Stari Log, where the school and shop were located. World War II was fateful for this area - in 1941 the inhabitants left their homes and emigrated to the Third Reich or Posavje. From April 1943, the partisan printing house "Urška 14" operated in Pugled, where several papers like Slovenski poročevalec, Ljudska pravica, Delavska enotnost and Kmečki glas were printed.

The village is now largely abandoned, and only ruins remain of the houses and outbuildings. The picturesque walls of the former church dedicated to St. Peter and Paul remain partially preserved. The formerly inhabited area is now overgrown with forest, and the surroundings of the villages of Pugled and Žiben have been protected as a forest reserve since 1970.

Pugled is one of the stops on the Roška hiking trail, along which leads the popular hike In the Bear's Footsteps.