Kočevsko is one of the most forested naturally preserved areas in Slovenia, as forests cover over 80% of the area. The Eagle's Trail is located in Kočevska Reka by the Lake. The educational trail and observatories are located in the area of ​​the forest reserve that is not used for nesting by the white-tailed eagles and directs visitors to visit the part of the reserve in which the visitors do not present a major disturbance to the animals. The visitors will be impressed by the trail and its unique natural wealth, raising awareness of the complexity of ecological processes and the importance of protecting end predators. The trail is marked with eagle head markings and has several information boards set up along the trail. It is suitable for solo tours or announced groups. The Eagle's trail fascinates visitors with its unique natural wealth, raises awareness of the complexity of ecological processes and the importance of protecting predators. The white-tailed eagle is our largest bird of prey and also one of the largest representatives of eagles in the world. It flies at speeds of up to 100 km/h, and has a wingspan of 2,5 meters. 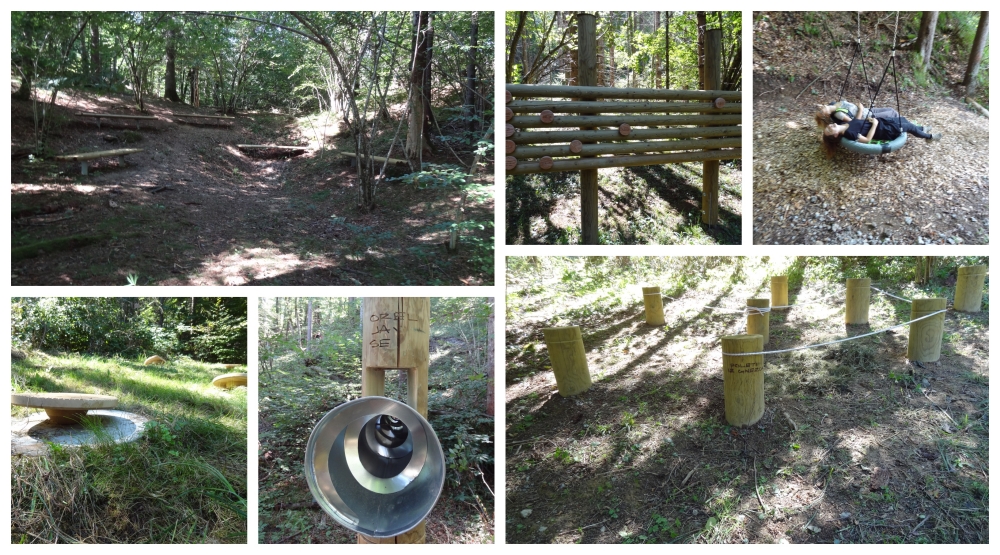 You can also visit one of the observatories in the wider surroundings of the Lake Kočevska Reka, to which leads a marked walking path (for more info and guided tours contact Institute Kočevsko - Bunker Škrlij at +3865 995 92 04 or bunker.skrilj@kocevsko.com).

The white-tailed eagle has received a great deal of attention in the Kočevska region since the 1980s when its nest was first discovered near the lake at Kočevska Reka. There is one pair of white-tailed eagles constantly present in the area. In Slovenia white-tailed eagles can also be found along the Drava and Mura rivers, in the Krakovski Forest and Lake Cerknica. They often settle and nest near lakes, which offer a rich source of food. They are highly susceptible to disturbances, especially during the breeding or nesting season, which is also why the trail runs in a part of the reserve that the eagles do not use for breeding or nesting. 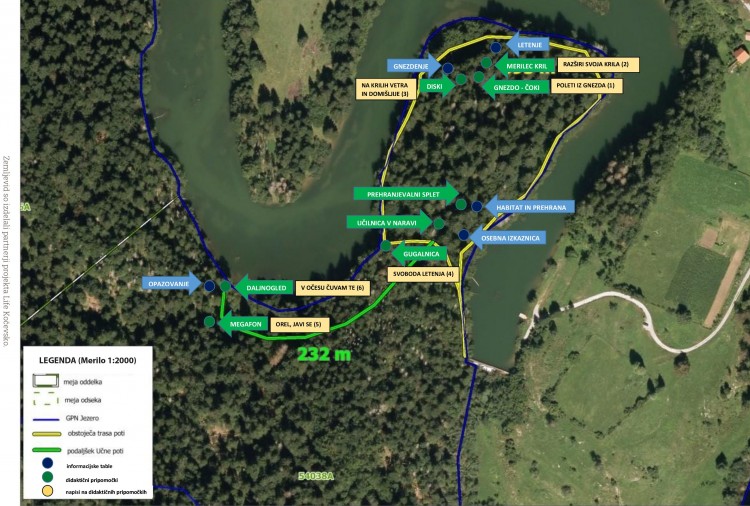 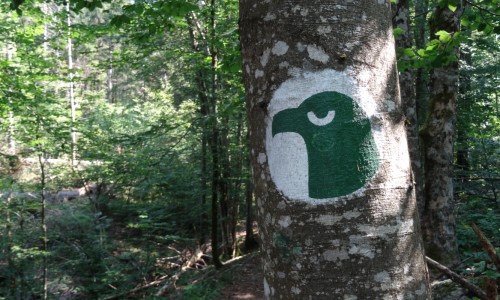