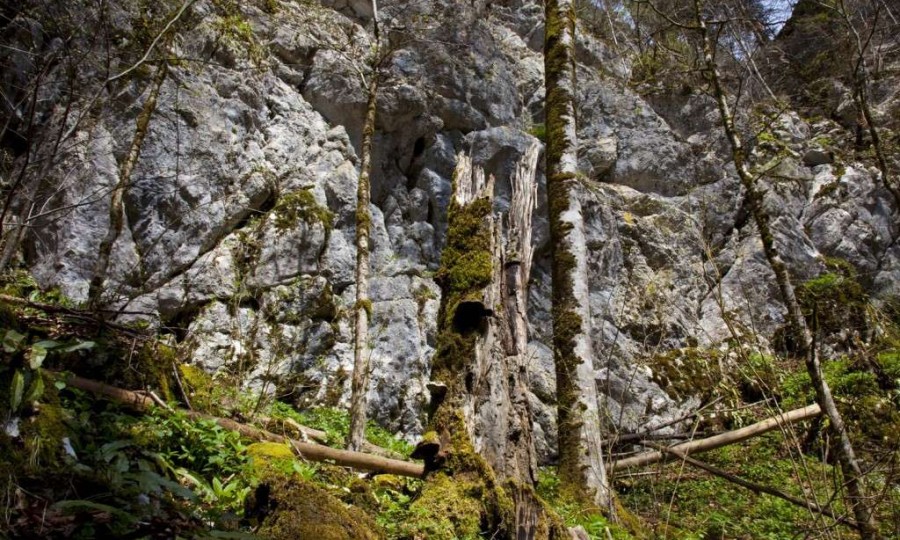 Prelesnik Collapse Valley was named after the forester Anton Prelesnik, who was the first to point out this natural landmark. The cave with the precipitous walls was made after the collapse of the ceiling above the underground cave. Almost unchanged, it has maintained a cold climate for millennia, which is why we come across a variety of spruce, herbs and mosses from ancient times, which would otherwise only be found in the mountains or far north. Due to the effects on the plant world, we only admire the collapse valley from the edges and do not enter it.